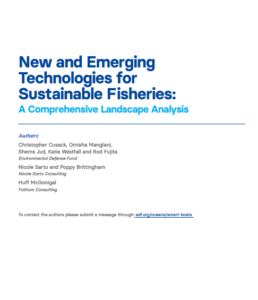 The oceans are at an inflection point. The excesses of the 20th century — over-exploitation of most of our accessible biological resources, over-pollution by plastics and other chemicals, over-crowding of coastal and marine space by unorganized and competing interests and over-capitalization of extractive industries — are being tempered by a rapidly growing realization that these excesses are having very real consequences, not just for marine life and ocean ecosystems, but for the food security and nutrition of the world’s population, the livelihoods of the communities that depend on the ocean and the very future of humanity itself.